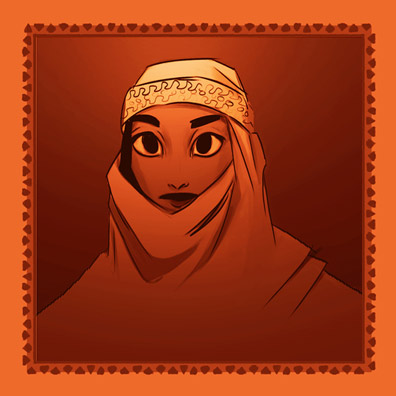 In the times of Sienkiewicz, nearly all African territories were colonies of European states, which means that they were subjugated to them and exploited economically. Officially, Egypt was a province of the Ottoman Empire, yet beginning with the second half of the 19th century it was falling into ever greater financial dependency on France and Britain. European citizens enjoyed special privileges in Egypt.

Dissatisfied Egyptians rebelled in 1881, yet they lost against Britain, which consequently announced that their country became its protectorate (dependent state). An additional reinforcement of the position of Britain was the Mahdist War. This was how the Egyptian independence movement was born, yet it began to be successful only after the end of the First World War.

Sienkiewicz describes followers of Mahdi, opposing the English influence, as bloodthirsty barbarians. General Gordon fighting them is in turn idealised as “a knight without flaw or fear”. A defender of Christianity and European culture, whom Staś regards as a hero.

The depiction of Europeans as those who brought civilisation to wild lands is not true. In fact, the alleged “barbarians” had their cultures, valuable and often very old. The governments of the colonisers would frequently slow down their development, also that of an economic nature.

List two positive European contributions to the improvement of life for Africans mentioned in the novel.
The Suez Canal, railway, telegraph, and medications (quinine).
What was it precisely that Fatima asked the engineers for?
Fatima asked the engineers for an intervention with the government: she wanted the authorities to grant her and her children a permit to leave for Sudan, to her husband, whom the English considered a traitor and imprisoned.
What is a protectorate?
The situation when one state is dependent on another and controlled by it.
In which centuries was Egypt controlled by Britain?
In the 19th and 20th.