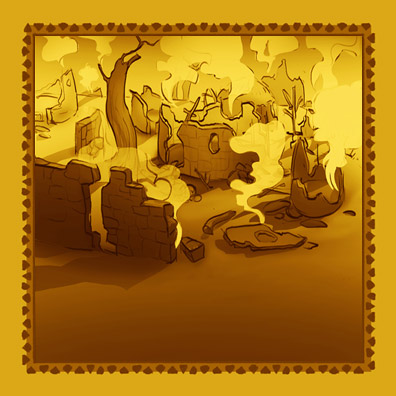 The backdrop for the adventures of Staś and Nel, and also the direct reason for their kidnapping is the Mahdist War, an 18-year war (1881–99) between the armed Egyptian-British forces and Bedouins from Sudan, that is the insurgents led by Muhammad Ahmad ibn Abd Allah, called Mahdi, a title denoting the hero heralded by Islam, who is to take the dominion over Muslims a few years before the Final Judgement, and liberate the world from evil. Mahdi preached about the need to renew the Islamic faith and to liberate the people of Sudan from the power of non-religious Turks.

The Jihad (the holy war) declared on Turks quickly let Mahdi gather a large number of followers, who were victorious over expeditions sent by the Egyptian government.

Mahdi’s policy was continued by Caliph Abdallahi ibn Muhammad, who announced himself a successive Mahdi. However, he did not manage to keep control of Sudan, but the new and better trained British-Egyptian forces led to the utter defeat of the rebellion by a very successful military campaign (1898), and the incorporation of the territory back into Egypt. Ultimately, Sudan only regained independence in 1956.

Falling back on the novel, describe how Henryk Sienkiewicz imagined Mahdi. Why did he decide for such a description?
Sienkiewicz’s Mahdi is vain, crazy, lazy, fat, and ugly.
Do you think that the Sudanese would agree with the image of Mahdi from the novel? Explain your answer.
The Sudanese worshipped Mahdi, as they regarded him as a prophet and a hero.
Who did the insurgents rebel against?
Against foreign rule, that is against the British, Turks, and Egyptians.
Who could the position of the Sudanese participating in the Mahdist War be compared to?
To Poles, who tried to liberate their country from the partitioning powers (Russia, Austria, and Prussia).