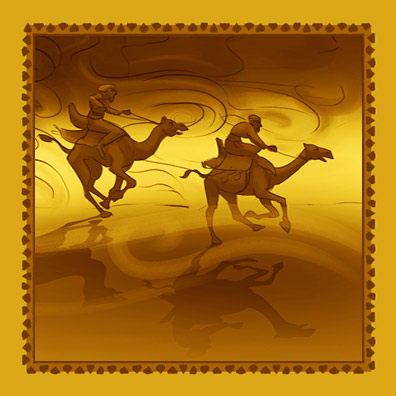 The Sahara is the largest hot desert in the world, as it covers nearly 9,500,000km² (3,670,000mi²), thus extending over nearly a third of Africa. It is mostly a rocky desert, while the sandy dunes known from picturesque photographs account only for a small section. The average highest daytime temperature ranges from 38°C to 40°C, yet sand and rocks heat up to much higher levels, even to around 80°C. Almost no rain falls in the central and eastern parts of the desert, which makes life there practically impossible.

The western part of the Sahara, situated in Egypt and Sudan, is crossed by the Nile that fertilises the land, which is why it is where the ancient cities of the country of the pharaohs, notably Luxor and Aswan, developed. Despite extreme conditions, there are many species of plants and animals living in the Sahara.

Acacias, varieties of palms, grasses, and succulent plants (altogether over 500 species) have become adjusted to the constant shortage of water by producing long and flat roots and evolving leaves akin to needles. Similarly, a handful of fox, antelope, and lizard species have also learned to survive in the desert.

What hardships did Staś and Nel encounter while negotiating the Sahara? List at least two.
Lack of water and food (Staś went begging), difficult conditions, and heat (weakened Nel).
In what way was the expedition of Staś and Nel well-prepared for a long journey across the desert? Mention at least two factors.
Camels instead of horses, jars of quinine, dried food, Bedouin guides.
Is the Sahara devoid of life? Explain your answer.
No it is not, there are plants and animals as well as people living in it.
How do plants and animals adjust to the difficult desert conditions?
Storing water, nocturnal activity, staying in the shade, concentration of life around oases.