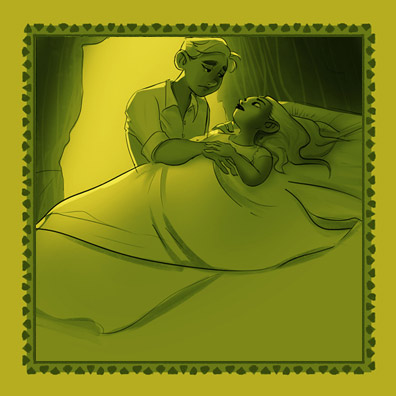 Malaria is one of the tropical diseases, which are generally highly contagious. Today they are fought with special medications, and you can also be vaccinated against some of them. In the 19th century, vaccinations against these diseases either had not been invented or were unavailable.

The most frequently encountered tropical diseases include:

Malaria, also known as jungle fever (which is what Nel contracted) with primary symptoms being shivers, nausea, and dizziness, first accompanied by a very high fever, and later by a sudden drop in body temperature, weakness, and profuse sweating. The first efficient cure against malaria was quinine: a bitter powder also used for the production of tonic.

African lethargy (coma), which Linde’s servants were affected by in Sienkiewicz’s novel. This is an disease caused by the parasites carried by tsetse flies. The advanced stage of the disease is highly characteristic, as the infected person becomes highly exhausted and finds every activity a great effort, finally falling into a coma (sleep). Untreated, the disease often leads to death.

Dengue fever – a viral disease spread by mosquitoes. Another African haemorrhagic fever is caused by the Ebola virus that can be transmitted by contact with infected people and animals.

The plague and cholera can also be counted among tropical diseases; their pandemics caused horrible destruction in Europe. In the 19th century, a cholera pandemic was caused by the bacteria brought to European countries from India by sailors and travellers.

What illness did Nel contract and what was she treated with?What illness did Nel contract and what was she treated with?
Malaria (jungle fever), which was treated with quinine.
Why was it easier to contract tropical diseases in the days described by Sienkiewicz?
There were still no vaccines, there was poor access to medical aid, and hygiene was not as well developed.
What are other tropical diseases that exist to this day (mention at least two).
African lethargy, dengue fever, haemorrhagic fever.
Describe how you can protect yourself from tropical diseases when going to Africa (mention at least three ways).
1) You can get vaccinated against some illnesses.
2) You should follow the rules of hygiene.
3) You should reduce the risk of insect bites.
4) You mustn’t drink untreated water.