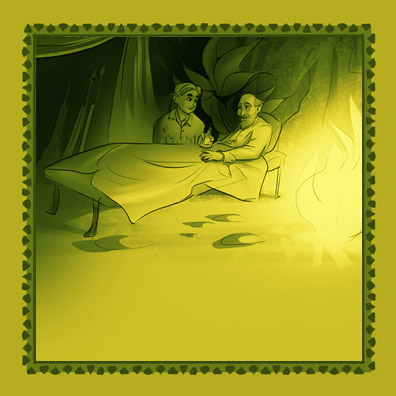 Although research expeditions to Africa had taken place earlier, it was the establishment of the African Association in 1788 that became a true breakthrough in great geographic discoveries on the continent. The British society was set up to organise the scientific exploration of Africa. In the 19th century, similar organisations were also established in France and Germany.

The discoverers were especially interested in the Congo and Niger rivers, yet even more so in the Nile. The studies of the course and search for its sources lasted for many years. Other destinations were southern and eastern Africa, the Sahara, and the area around Lake Chad.

One of the best-known 19th-century discoverers of African territories was David Livingstone: a Scottish missionary and traveller. He crossed the Kalahari and was the first European (with his friend William Cotton Oswell) to reach Lake Ngami. Another recognised traveller was John Speke, who sought for the sources of the White Nile, following a commission from the Royal Geographical Society in London, and reached a vast lake, which he called Lake Victoria after the Queen. He was convinced that it was the source of the Nile.

Participants in the 19th-century exploration of Africa were members of various nationalities, including Poles. One of them was Stefan Szolc-Rogoziński, who explored mostly the shores of Cameroon and discovered Elephant Lake. He could count on no financial support from the Polish state, as it did not exist at the time. Therefore, he was forced to do his own fundraising for his explorations, which were supported among others by Henryk Sienkiewicz.

What are the necessary traits for an explorer (list at least two)?
Determination, eagerness to devote everything to travelling and the pursuit of knowledge, curiosity.
What features characteristic of an explorer has Staś got (list at least two)?
Courage, curiosity, endurance.
Which countries sent most researchers and explorers to Africa in the 19th century?
Britain, Germany, France.
State at least two goals of the 19th-century exploration of Africa.
Searching for the sources of the Nile, searching for the source of the Niger, exploring the Sahara, exploring South Africa.