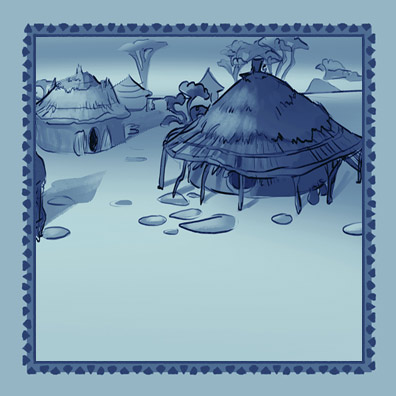 A tribe is a group of related families that hail from a common ancestor. People of a single tribe feel close because they are related, use the same language, and have the same religion. There are countries which continue to base their social structure on tribes. One such state is Uganda.

The most numerous and important ethnic group in Uganda is the Ganda tribe, while the Soga tribe inhabits the eastern banks of Lake Victoria. Another ethnicity in Uganda can be found in the Bahima who live in the south-western part of the country. This is the tribe that Henryk Sienkiewicz calls Wa-Hima in the novel, and he makes it Kali’s tribe.

Each of the tribes uses a slightly different language, which is why the official languages of Uganda are English and Swahili, the latter being a special language developed for contacts between tribes. It is used not only in Uganda but also in Kenya, Tanzania, Rwanda, Burundi, and the Democratic Republic of the Congo.

What is a tribe?
A tribe is a group of families related by blood, hailing from a single common ancestor.
What customs of the Wa-Hima tribe did Henryk Sienkiewicz describe in the novel? List three.
They practised the brotherhood of blood and made human sacrifices. They wore huge earrings, pierced their lips, and dressed in leather skirts.
Find the place where the tribes mentioned in the text live on the map of Africa.
The shores of Lake Victoria, the south-western corner of the country.
Where were the villages of the Wa-Hima?
Kali’s tribe lived on the shores of Basso Narok (Rudolf Lake).