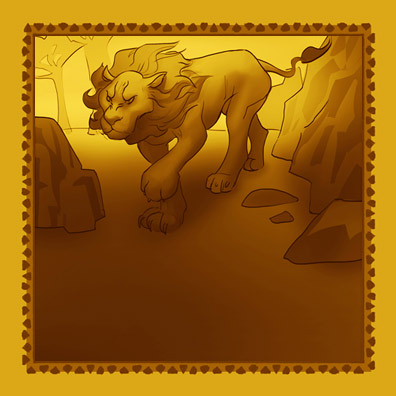 The weapon that Staś received as his Christmas present and was later used to shoot the lion (and his kidnappers) is a hunting rifle, a type of gun used mostly for stalking big game.

The first rifles were invented in the 17th century, and were originally a weapon used by the military sharpshooters. The rifle found a new use in hunting. It’s targeting precision gave the shooter a high probability of hitting a moving animal, much higher than in the case of edge (e.g. knives) and throwing (e.g. bows) weapons, and piercing the animal’s tough hide. As the weapon was light, it was fit for long hunts and stalking the game on foot.

Beginning with the second half of the 19th century, safaris (a Swahili word that means “travel”) became fashionable among wealthy travellers, mostly from Europe and Africa: these were hunting expeditions into the heart of Africa. A necessary element in those hunting expeditions, catastrophic in their impact on African fauna, was the rifle. Other types of firearms were also in use by 19-century trophy hunters and aficionados of blood sports. Big game was fired at with shotguns, while pellet guns – for example, small airguns: simple and relatively easy to handle – were used to hunt small game.

Point to at least one moment in the novel when Staś used his rifle.
Hunting birds, defence against the lion.
How did Kali react to firearms?
Kali greatly respected Staś for owning a weapon and his skill with it; he considered the weapon as almost magical, and found it highly impressive.
What was the positive and negative aftermath of safaris?
Positive: in-depth knowledge of the African continent, and its fauna and flora was gained and systemised. Negative: they contributed to the decimation of the population of many animals, and the demand increased for goods that were created as a result of poaching.
Why was the rifle a good weapon for hunting?
It facilitated accuracy in hitting the target and it was light.